drive-chain impresses with maximum dynamics and long service life, while saving up to six tons of weight

Works on more than 1,000 metres: igus develops the world’s first driven e-chain system for long travels
drive-chain impresses with maximum dynamics and long service life, while saving up to six tons of weight

Almost no limits on long travels, high dynamics, long running times – these are the characteristics that distinguish the innovative igus drive-chain. The world’s first energy chain with its own drive ensures significantly longer running times on extremely long travels because hardly any push/pull forces act on it. Across the globe, rail-mounted automated stacking cranes (ASCs) in ports are just one of the applications that benefit.

40 years ago, container ships were tiny compared to today’s vessels. They held an average of 1,000 containers. Today, giants in the Triple-E class carry almost 24,000 containers – and that number is rising. These sizes pose challenges for ports, which must continuously expand their infrastructure, including the ASCs that load containers onto lorries and trains. The huge overhead cranes now travel on rails for distances of several hundred metres and more. In many cases, the motor cables follow the movement of the ASC cranes. “At lengths of over 1,000 metres, enormous push/pull forces act on the e-chains”, says Jörg Ottersbach, Head of the e-chains Business Unit at igus. “To prevent this load and further optimise energy supply system service life in extreme applications, we are the first developer in the world to develop an energy chain with its own drive.”

e-chains use their own drive to follow ASC movement
The drive-chain design concept works as follows: drive boards are mounted on the outer radius and drive the e-chain in the lower run. The bottom rail has motor-driven friction wheels on the sides and rollers on the top. When the crane sets off, the friction wheels also start their motors. The lower run travels along the rail in a synchronised movement, during which hardly any push/pull forces from the moving end act on the chain links. “This gives us a minimal load, low wear and long service life on travels of 1,000 metres and more”, says Ottersbach. igus is also already working on an alternative drive concept that replaces friction wheels with linear drives.

e-chains with drives are an alternative to steel cable drums
Self-powered energy supply systems are an economical alternative to traditional systems that have been used in ASCs for decades: steel cable drums that wind and unwind motor cables – often in two directions when the fixed point of the cable is in the middle of the travel. The problem is that when the crane approaches this fixed point, it has to brake to allow the cable guidance system to pivot. This takes time, which is critical at a period when ports must continuously increase productivity. Motor drums also weigh four to six tons, which considerably increases the crane’s energy consumption. “Since the drive-chain travels on the rail without interruption, ASCs no longer need to brake near the fixed point in the middle. They can thus work more productively”, says Ottersbach. “At the same time, the e-chain system increases neither the overall weight nor the system drive power required to move it. The lower weight allows speeds of 6m/s even on long travels. These are significant advantages, benefiting more and more port operators around the world.” 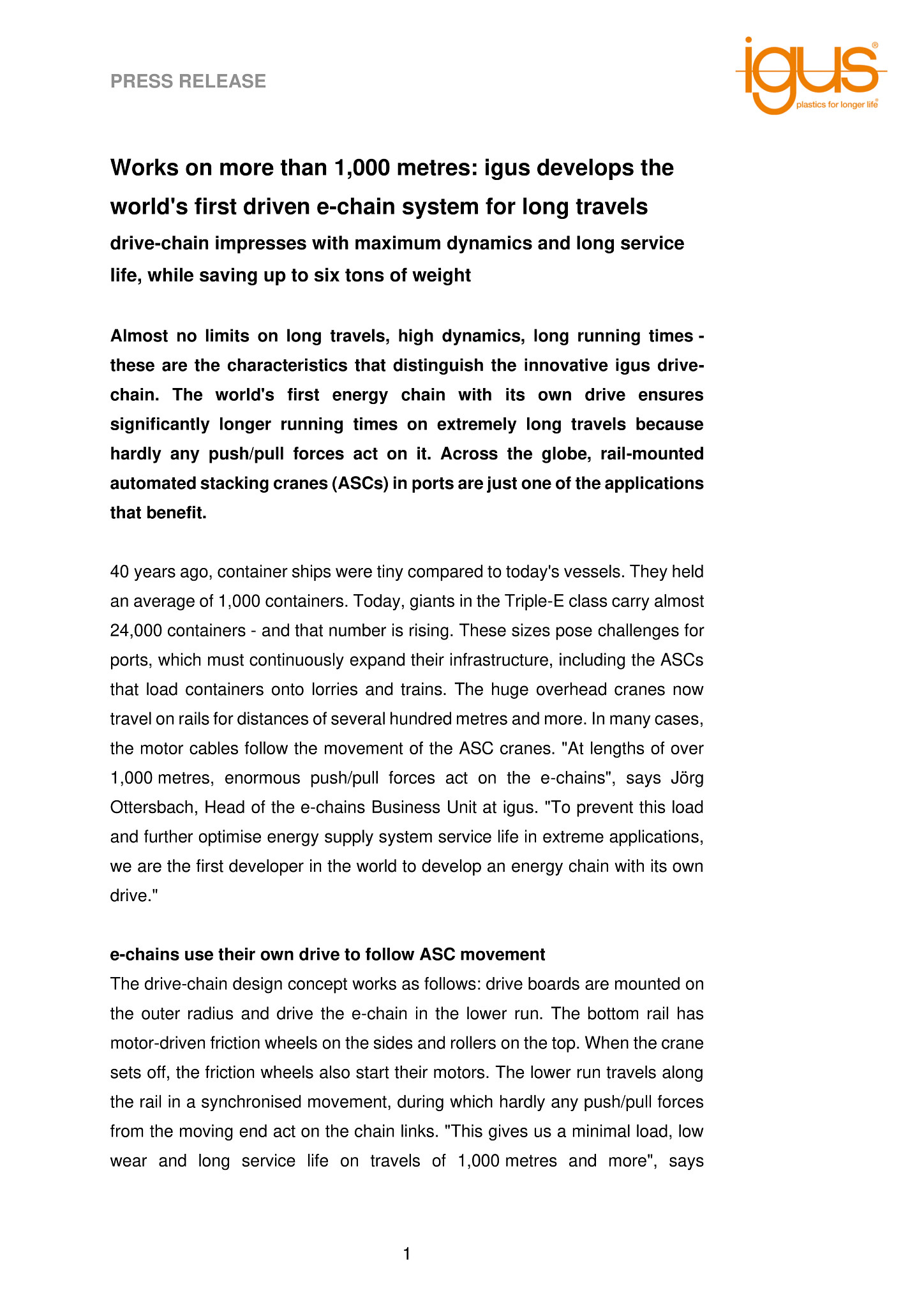 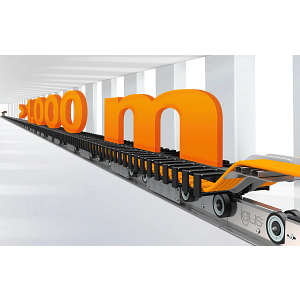