The ReBeL of automation: smart igus cobot for €4,970

Effective immediately, igus offers the ReBeL service robot – also as a smart version. At €4,970 and only around 8 kilogrammes, the plug-and-play variant is one of the lightest cobots on the market. Digital services such as the RBTXpert and new online offerings enable customers to create complete automation solutions in just a few days that don’t break the bank.

With the ReBeL, igus is relying entirely on its motion plastics expertise: plastic makes the robot, whose net weight is 8.2 kilogrammes, the lightest service robot with cobot function in its class. Without exception, igus develops and manufactures all mechanical components that make up the ReBeL. Its payload is 2 kilogrammes and its reach amounts to 664 millimetres. Repeatability is +/-1 millimetre at seven picks per minute. At its core is the world’s first industrial-grade cobot gearbox made of plastic. “Behind these numbers are 1,041 tests conducted in our in-house laboratory since 2019, including tribological and thermodynamic tests on 15 material combinations and tolerance chains. A particularly great challenge was the heat generation in the fully integrated strain wave gear units, which are thermally influenced by the motor. In the development phase, we therefore also focussed on larger motors and better efficiency to significantly reduce heat generation”, says Alexander Mühlens, Head of the Low Cost Automation Business Unit at igus. “This enabled us to improve continuously and ultimately quintuple the number of cycles to two million, which is equivalent to a normal service life of two years.”

igus has also applied its motion plastics know-how to power electronics, and for the first time developed an encoder using conductive plastic tracks. This allows the temperature, current and number of rotations, cycles and iterations to be measured precisely. Thanks to a cloud connection with webcam, a dashboard clearly displays all generated data live. This gives customers full transparency of their ReBeL during operation in the form of key indicators such as wear, cycle time and quantities.

The smart ReBeL is available in two variants: one is an open-source version without robot control system, power supply unit or software for €3,900 for one item; the other is a plug-and-play variant with robot, control software and power supply unit for €4,970 for one item. In line with the igus “build or buy” approach, customers can, in addition to the complete system, choose from the individual ReBeL strain wave gears (diameters of 80 and 105 millimetres). Torque is 3Nm (80) or 25Nm (105) at 6rpm, with a transmission ratio of 50:1. The ReBeL is available on the RBTX online marketplace. Here, users can find individual components, integration support as well as hardware and software from more than 40 partners – with the assurance that everything is 100% compatible with everything else; this includes a wide variety of robot kinematics, cameras, software, grippers, power electronics, motors, sensors and control systems.
The RBTXpert is available to customers for integration via online consulting with a fixed-price guarantee: In a 400-square-meter customer testing area, experts advise customers daily via live video and send solution proposals within hours. Typical hardware costs without integration start at €8,500, and complete solutions are available from €12,500. “We feel that we are making automation even more accessible, since we provide advice for more than 20 customer projects per week in Germany alone with our RBTXpert service. Therefore, we are expanding the service, adding ten more online consultants by the end of March. Internationally, the service is already available in seven countries, with another 14 in the pipeline”, says Mühlens. “These positive experiences, the many projects implemented and the numerous customer discussions are giving rise to an exciting ecosystem of further services.”

In this Low Cost Automation universe, everything revolves around the individual customer application. The goal is to further simplify integration with new offerings and business models. “We will provide an app store where Low Cost Automation vendors and free software developers can contribute their software ideas. By leveraging existing software, users can implement their automation even faster. They can connect the robots to digital services such as IFTTT or smart assistants like Alexa or Siri. Visitors can then engage in such activities as ordering their favourite coffee in a coffee bar by voice, which the robot then serves. This gives rise to entirely new business models, such as pay-per-pick, where users don’t pay for the robot, but only for its services. These new capabilities will permanently change the robotics market, and everyday life with it”, says Mühlens. “We want to give them a home in the Low Cost Automation universe.” 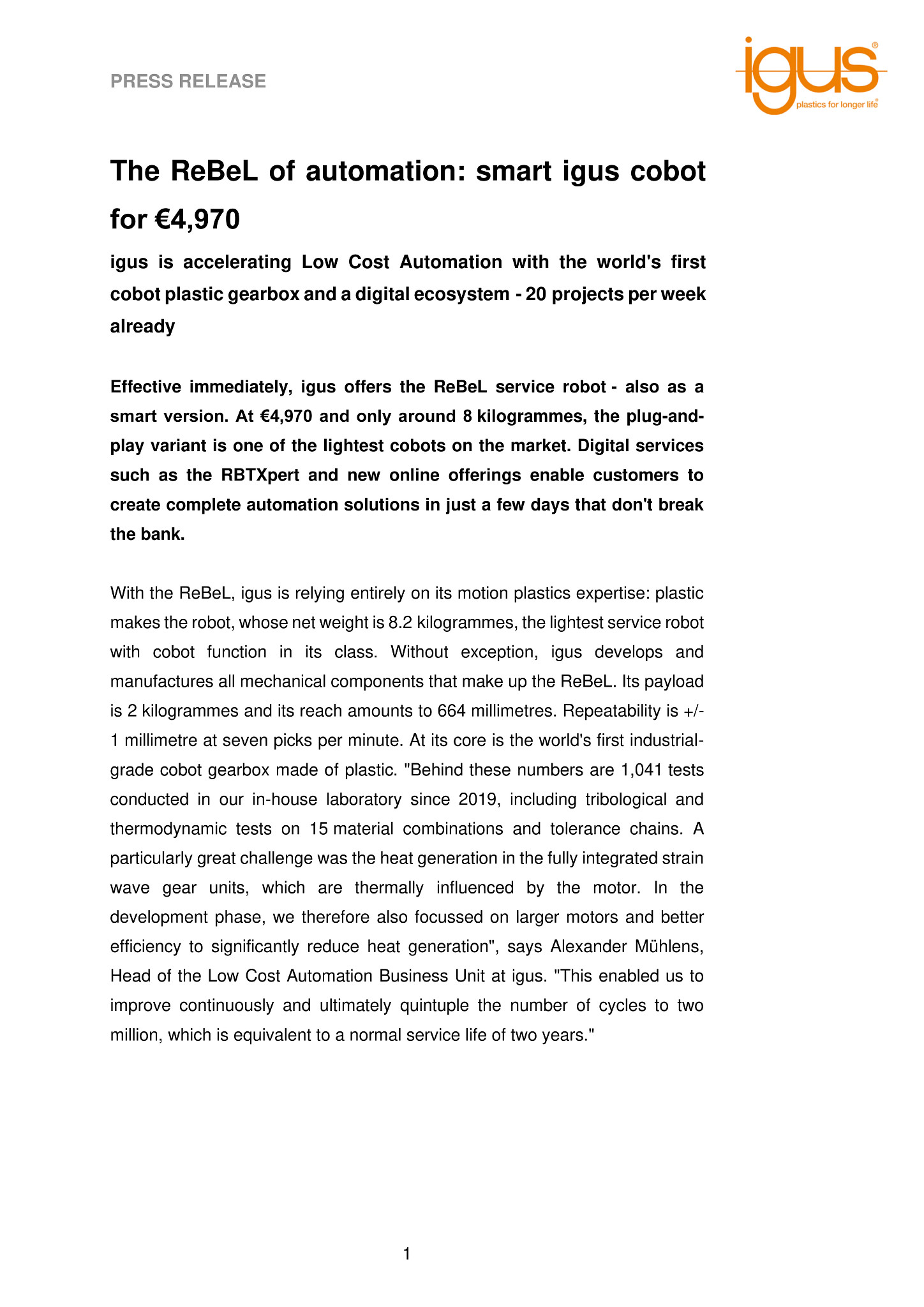 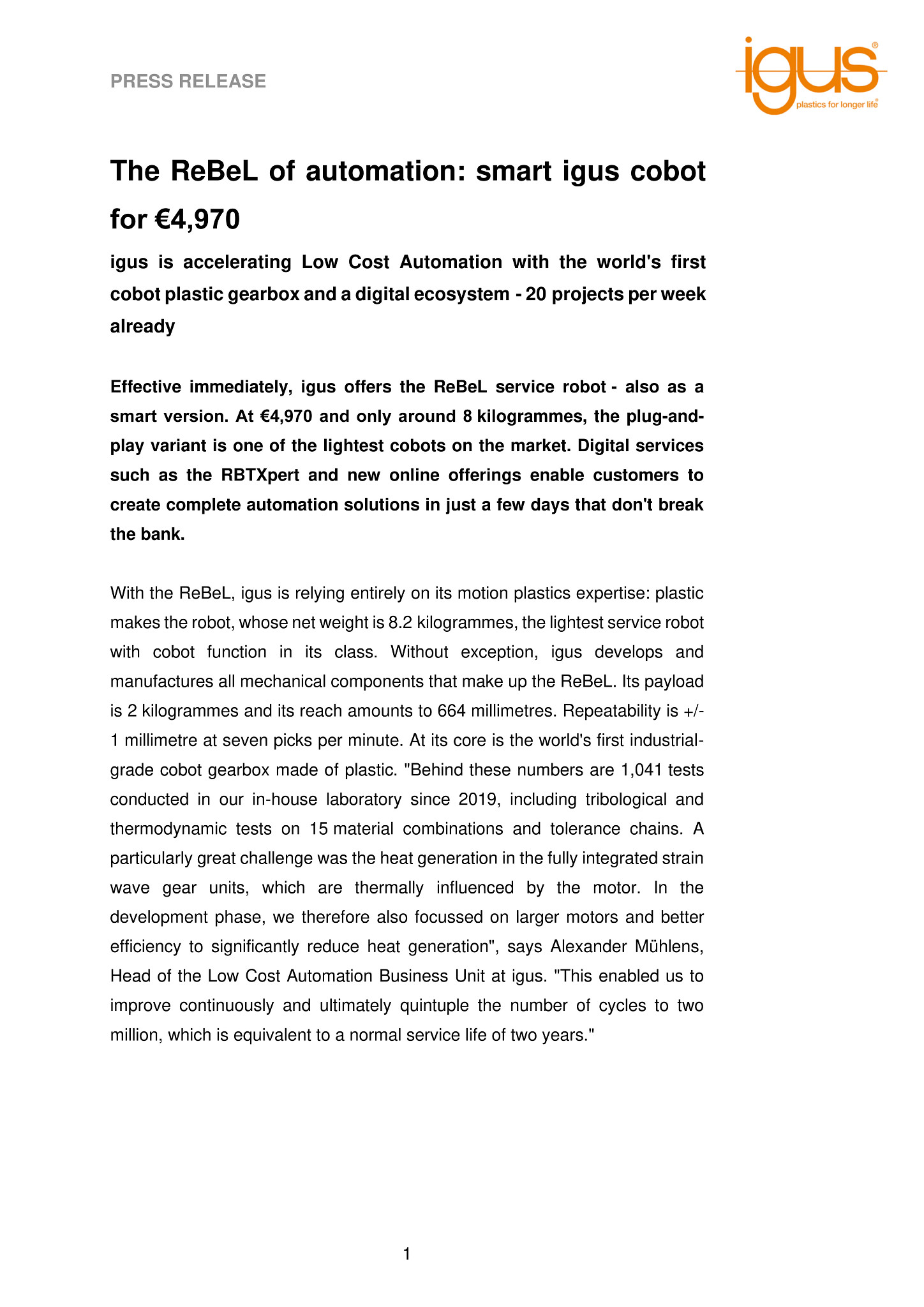 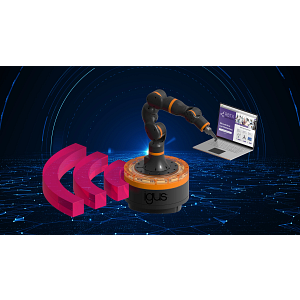